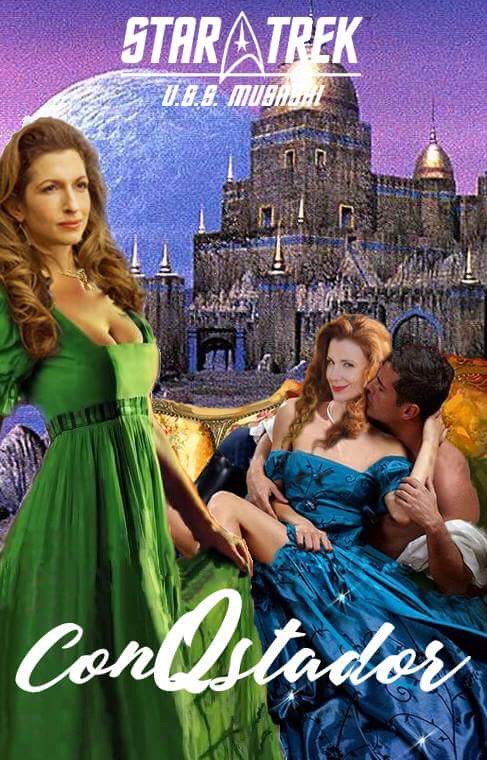 Rigel VII, a beautiful lush planet with a sunrise and sunset that strikes beauty in the hearts of many. Though a planet that is notorious for danger. Borderline warp capable due to outside interference by the Orion Syndicate having tried several times and failing to take control of Rigel VII, the world remains fractured with internal power struggles. In 2254, the Federation starship Enterprise under the command of Captain Christopher Pike traveled to Rigel VII to assess it's likelihood for future Federation membership as the Rigellians in control of the Parliamentary Assembly were seeking to become part of the galactic community.

However, Pike and his crew were attacked by Rigellian traditionalist who began a coup to overthrow the Parliamentary Assembly. With fatalities and injured crew, Captain Pike returned to the Enterprise and left Rigel VII behind. His mission report was damning towards a future where Rigel VII would be a Federation member world. When the Federation are discretely contacted by a faction of Rigellians informing them of a problem on the planet, the Federation is hesitant to become involved. When the Federation learns that this new problem is the rise of a monarch Queen who has begun negotiating with the Orions, it becomes a matter than cannot be ignored.

The starship Musashi under the command of Captain Donatella Figueroa rush to Rigel VII to meet with her majesty, the Queen of Rigel VII. The more the crew of the Musashi learn about the Queen, the more worried Captain Figueroa becomes about the situation on Rigel VII as her majesty appears to be more than a self appointed ruler, but rumors that she is divine with god-like abilities have lead her subjects to believe she is one the 'Masters' returned to lead them from out of the darkness.